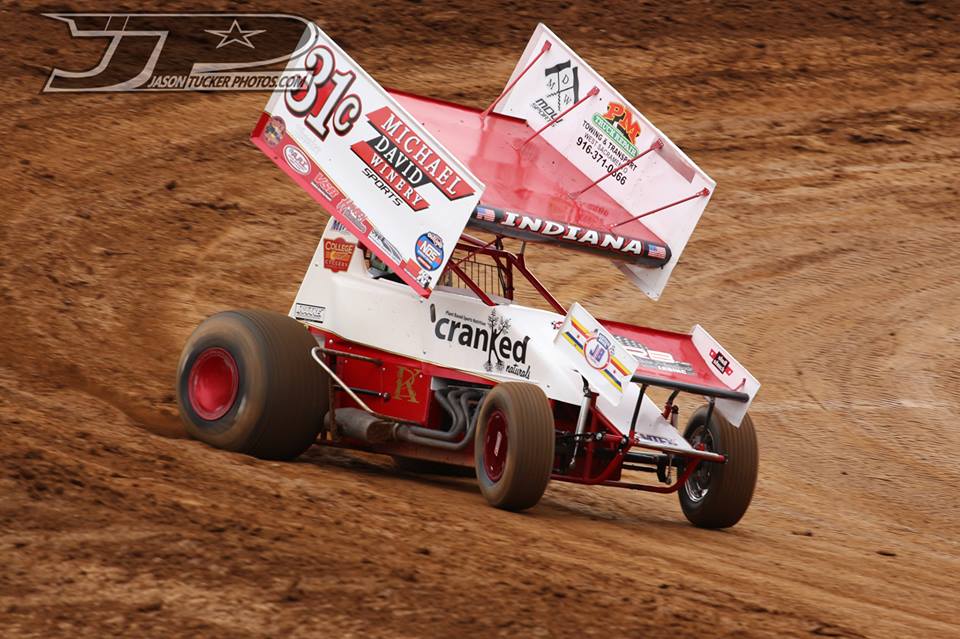 After being idle last week the Placerville Speedway will return to action in a big way on Easter weekend by playing host to a five-division program for championship point race number two this Saturday night.

As a special way to commemorate Easter there will be a guest appearance by the Easter Bunny for the little ones on Saturday from 4pm-5pm. Hitting the track for point race number two will be the Thompson’s Family of Dealerships Winged 360 Sprint Cars, Ltd. Late Models, the Jay’s Mobile Welding & Fabricating Pure Stocks, BCRA Midget Lites and Vintage Hard Tops. It’s sure to be another great evening of Saturday night dirt track racing that always offers fun for the whole family at Placerville Speedway.

The Jay’s Mobile Welding & Fabricating Pure Stocks will also compete for what will be their second point race of the 2019 season. At the opener it was former Placerville Speedway track champion Nick Baldwin who claimed victory. It was a solid way for Baldwin and the No. 17 team to begin the campaign after winning once last season. The top-five on April 6th was completed by Kevin Jinkerson, Dave Silva, Scott Grunert and Lonnie Leonard.

For the first time this season we are going to be graced by the powerful and ground pounding Ltd. Late Models. Last season Matt Michelli picked off another Placerville Speedway title over Ray Trimble, Eddie Gardner, Jay Norton and Tyler Lightfoot. The BCRA Midget Lites and Vintage Hard Tops round out the five-division card on Saturday. Veteran Scott Kinney grabbed the first appearance by the Midget Lites on March 30th.

Adult tickets this Saturday will cost $15, while seniors 62 plus, military and juniors 12-17 will be $13, children 6-11 are $6, kids five and under are free! Tickets can also be purchased online by clicking https://www.universe.com/events/2019-placerville-speedway-championship-pts-race-2-tickets-placerville-7B2PX9

The pit gate will open at 2pm, with the front grandstand gate opening at 3pm each night. A happy hour will be offered from 4pm-6pm in the grandstands featuring discounted Coors Light and Coors Original at the beer stand. Drivers meeting will be held at 4:30pm, with cars on track for wheel packing at 5. Hot laps, qualifying and racing will follow. Live music will be performed in the grandstand midway by Mix Up from 4pm-6pm.

The quarter-mile clay oval is operated by Russell Motorsports Incorporated, which can be reached at the track business office at 530-344-7592. Contact Kami Arnold or Scott Russell directly for 2019 sponsorship opportunities at the office.