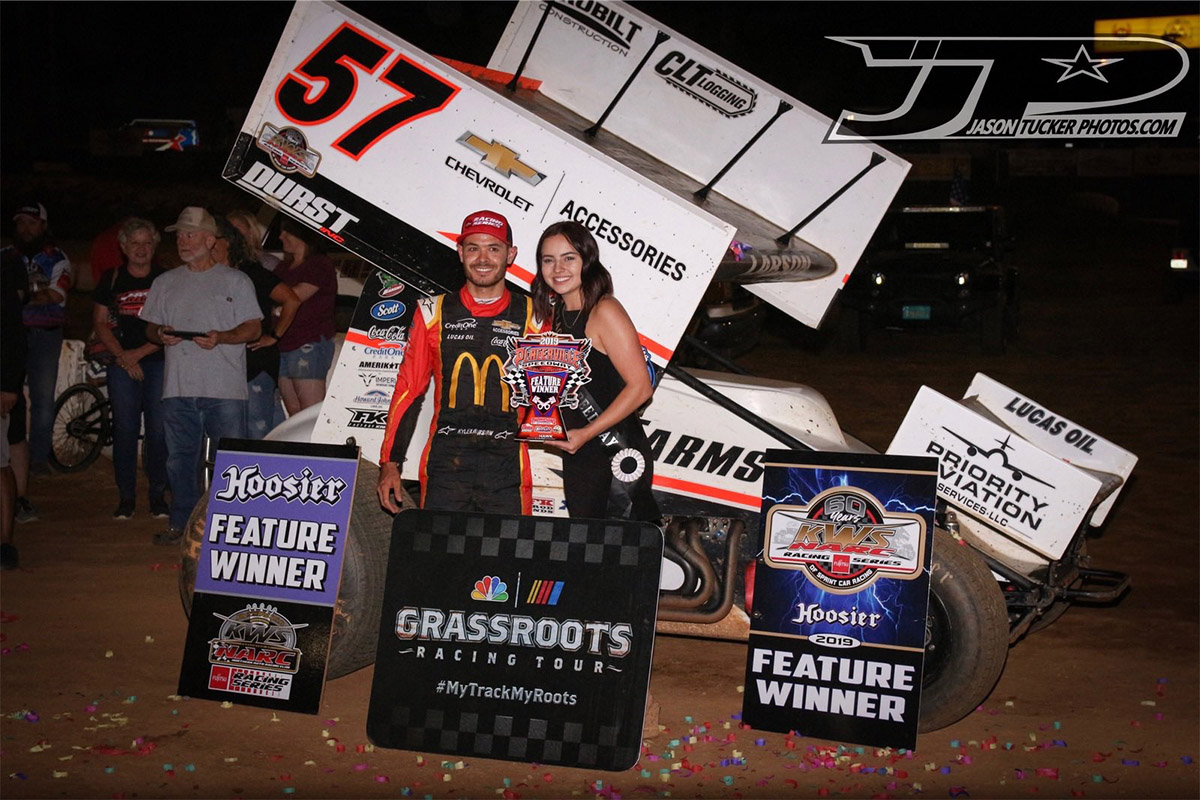 Larson started the Paul Silva Finley Farms/McDonalds-sponsored sprint car in the fourth spot in the 24-car grid and took advantage of a pair of late race cautions to set up his winning move.  The last one allowed him to negotiate his way past Shane Golobic with only a mile remaining on the quarter-mile high banks to score the popular $5000 victory.

Golobic, piloting the Elk Grove Ford/NoS Energy sprinter, pestered Kaeding for several laps and finally powered past the leader as the pair crossed the flagstand on lap 20.  Larson mastered the cushion and moved into second with five laps left when the red came out for Blake Carrick who got upsidedown on the back straightaway.   He was unhurt.

That bunched up the field for the restart and Larson quickly went to work.  He maneuvered under Golobic in the fourth turn with four to go and cruised to the win.  It was the 2010 King of the West champion’s eighth career series win.

“That caution helped me in the end,” admitted Larson.  “It took me a little while to get through the field, but the yellow bunched them up at the right time.”

Golobic scored the runner-up spot, chased by Kaeding in the Shark Racing Engines Helix.  Forsberg settled for fourth in his A & A Stepping Stone ride, chased by 12th starter Rico Abreu.