LINCOLN, Calif. – One of several cars entered for the Abreu Vineyards 27th Trophy Cup Presented By Rudeen Racing that was lacking a driver has named Justin Peck to chase the $200,000 purse next month.

Peck’s appearance at the three-day event on Oct. 21-23 will be his second time in Tulare, Calif., this time driving the F and F Racing X1 winged 360 sprint car. His previous attempt came in 2018, when he drove for Clayton Snow. 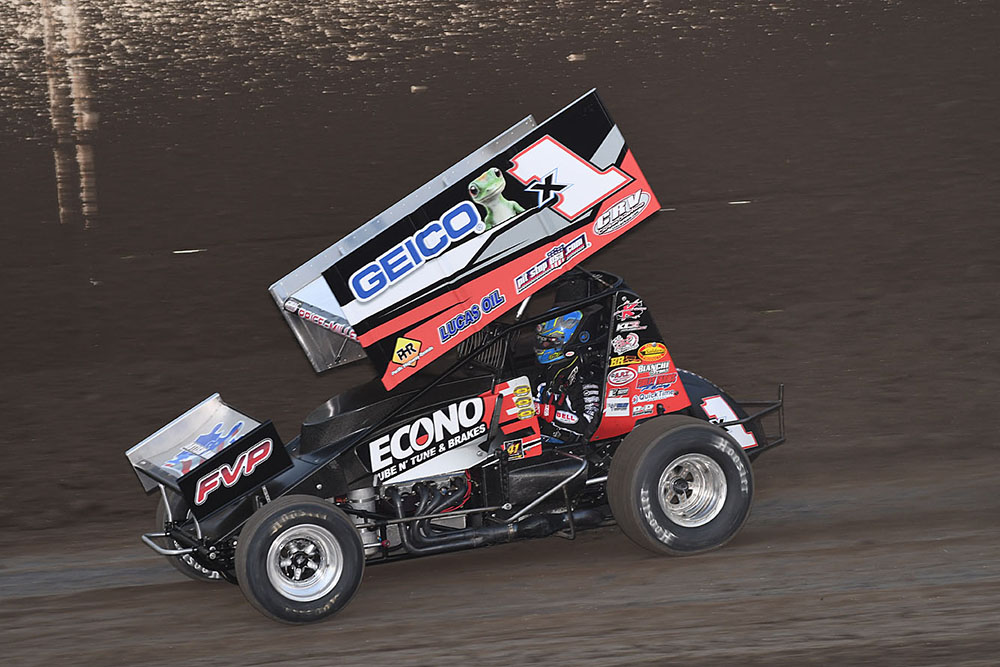 Having difficulties the first time at a Trophy Cup is not unusual as numerous drivers, particularly ones from out of state who may never had tested the high banks in Tulare, face a challenging time at the fairgrounds three-eighths-mile.  Eventually each night will see the top become the fastest line, where an unforgiving wall is waiting for those who jump the cushion.

“It’s pretty cool, it’s a unique deal,” Peck said of the unique Trophy Cup format. “I thought it was a cool experience, first of all it’s all for charity, and the format makes you race every time you are on the track. If you want to win, you have to race hard.”

“I thought it was a cool experience, first of all it’s all for charity, and the format makes you race every time you are on the track. If you want to win, you have to race hard.”

Racing for a team he has never met is not a concern for Peck.

“Everything I have heard about the team is that they are good people, they have really good equipment, and treat their guys well and I thought that was huge,” Peck said. “It doesn’t hurt to see they win all the time with (Andy) Forsberg and I know he is a good driver. When someone like that is in it, you know its got to be good stuff.”

This year Peck has been racing on the All Star Circuit of Champions circuit with Buch Motorsports and is seventh in the series standings with four victories. He has also collected three victories in other events, with the team expected to contest between 80 and 90 races this year.

Peck is involved in racing because his father and uncle both raced. When he was old enough, he raced quarter midgets with some engines built by his grandfather. Lots of wins in quarter midgets led to racing micros, then midgets, some pavement racing and eventually he decided to concentrate on winged sprint cars.

At 21 years old Peck became a full-time sprint car driver.  Besides talent, it takes a car owner and Peck notes he was lucky to have that.

“I was fortunate enough to drive for good car owners,” Peck explained. “This year I got hooked up with John Buch in the 13 car and we set out to go for an All Star championship this year.”

Having raced only 410s this year, an adjustment is in order at the Trophy Cup when he straps into his 360 sprint car. Peck figures it takes longer in a 360 to get momentum built back up after a mistake.

He is looking forward to the trip to California and fans can expect to see a much different result for the 23-year-old driver from Monrovia, Ind., than was experienced in 2018.