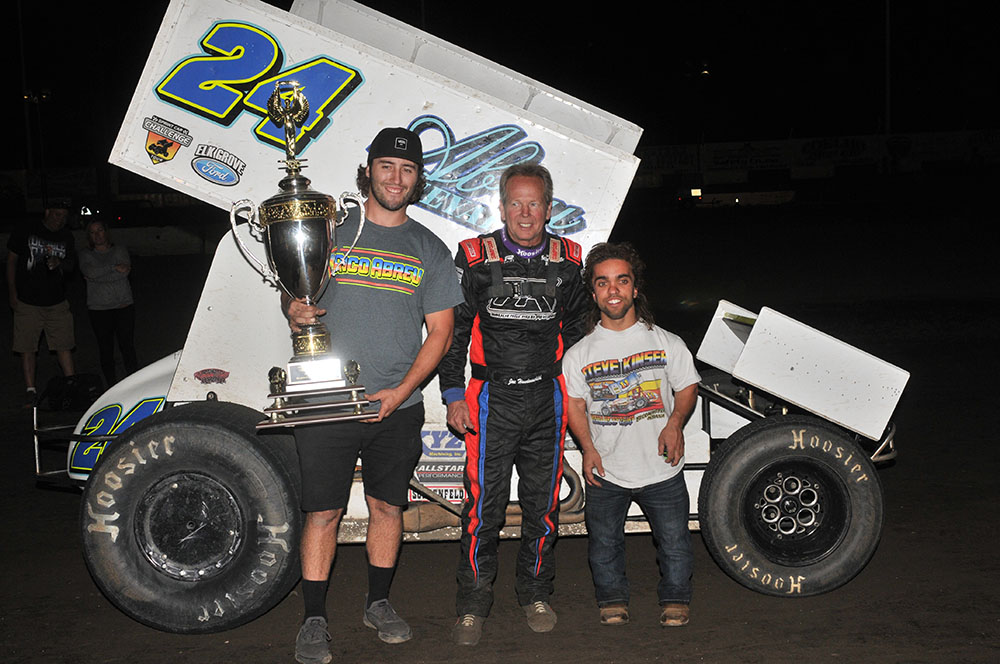 LINCOLN, Calif. – The defending champion of the richest race in winged 360 sprint car history will be back to defend his title. Jac Haudenschild, the defending winner of the Trophy Cup at Thunderbowl Raceway in Tulare, Calif., will be back to try and win the race again. He’ll also be in the same car he won the event in last year, Abreu Racing’s No. 24R.

In other Trophy Cup driver news, Randy Hannagan has also been confirmed as the pilot of the Brock Lemley entry. Hannagan recently clinched the NRA Sprint Invaders championship.

C and M Motorsports has confirmed Tim Crawley will pilot the team’s No. 7C entry during the Trophy Cup. The 50-year-old Benton, Ark., driver has more than 200 sprint car wins, plus 66 additional wins in other divisions.

Nineteen-year-old Kalib Henry, who just finished a strong season at Placerville Speedway with a second-place finish in track points, will drive the Mike Henry Racing No. 93 at the Trophy Cup.

The Abreu Vineyards 26th Annual Trophy Cup Presented by Rudeen Racing benefits the Make-A-Wish Foundation and will reach the $2 million mark in donations this year. All entry fees, raffle proceeds and many supporting fund raising activities have been donated to the Foundation for more than 20 years.