Aaron Reutzel to Compete in the 2019 Trophy Cup 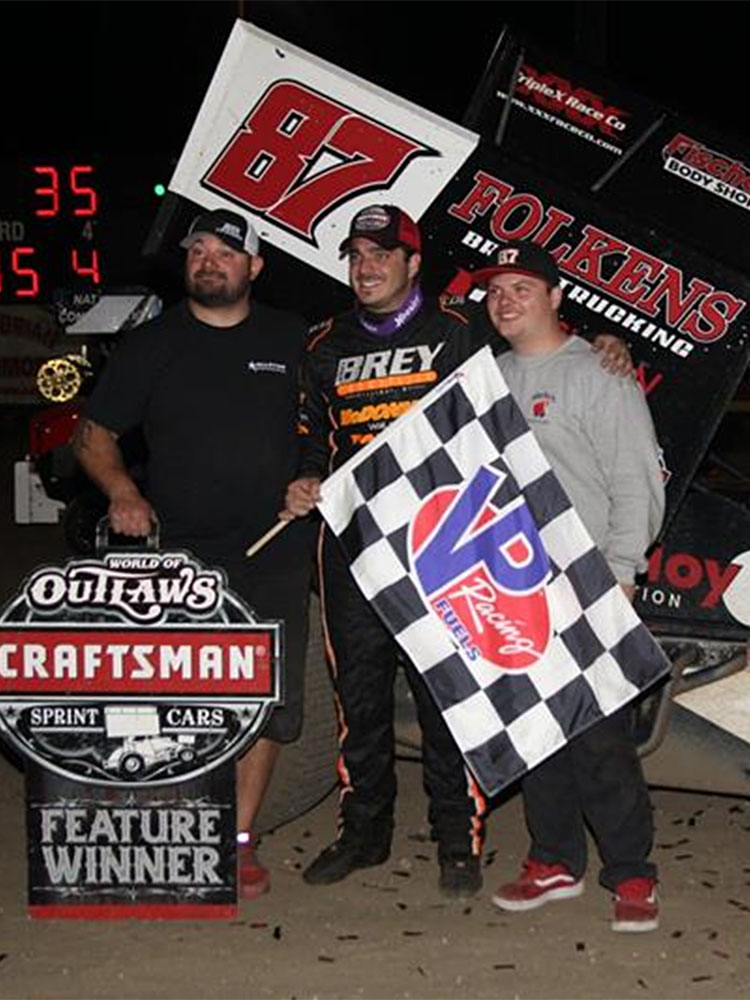 With a dozen wins in the series, Reutzel will join third-place points man Cory Eliason and Paul McMahan, who sits fourth in the All Star standings, in the $200,000 event for winged 360 sprint cars.

As part of the 110 entries, the trio of All Star drivers will be racing the most challenging format in sprint car racing, while also seeking the $26,000 prize for the event champion.

Half of Reutzel’s All Star wins have been in the last month, making the Clute, Texas driver one of the hottest in the country. Two additional wins this season pushes his total to 14 victories in all, with 31 top five finishes to his credit as well.

A micro sprint graduate, Reutzel is no stranger to 360 sprints. His first title came in the ASCS Gulf Coast Region ten years ago, and two years later, he was the rookie of the year on the Lucas Oil ASCS National Tour.

The 26th annual Abreu Vineyards Trophy Cup presented by Rudeen Racing benefits the Make-A-Wish Foundation and will reach the $2 million mark in donations this year.

All entry fees, raffle proceeds, and many supporting fundraising activities have been donated to the Make-A-Wish Foundation for more than 20 years.