A Tale Of Two Drivers 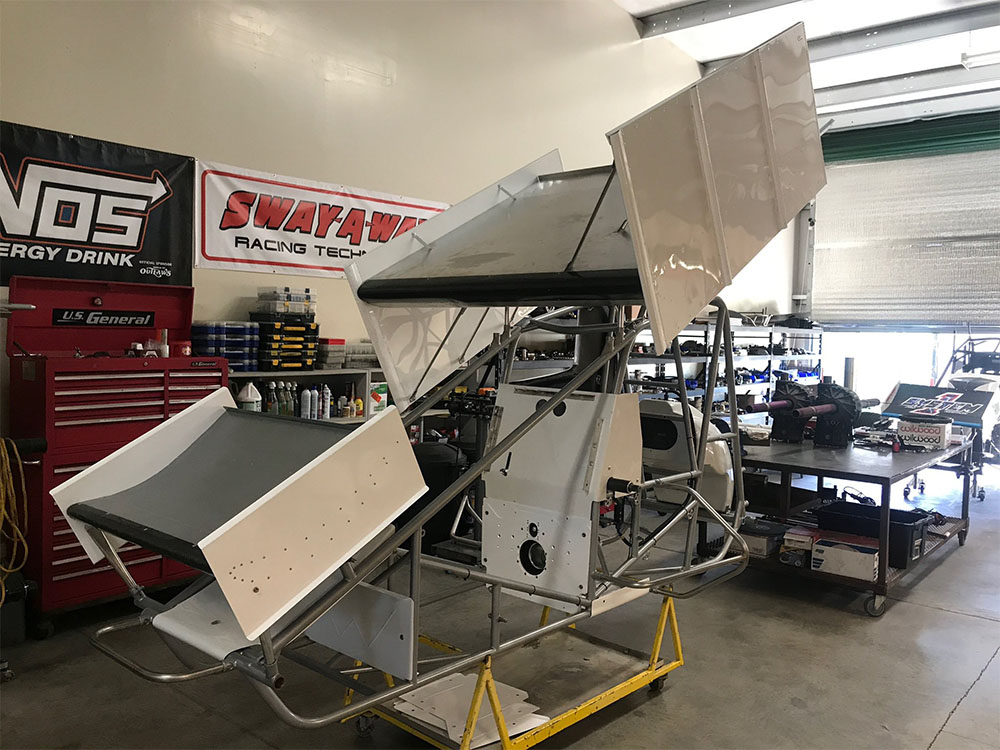 From The Grandstand by Ron Rodda

Kyle Hirst is a 3rd generation racer following his grandfather, Joe Hill, and father, Rick Hirst into the world of open wheel racing. He first raced a quarter midget at age 4 at Prairie City, but quickly moved on after a half season because passing on the outside was not allowed. A nearby dirt track raced outlaw karts and Hirst had found his training ground.

Discovering Red Bluff and Cycleland, Hirst continued racing outlaw karts until turning 16, a point at which strapping into a sprint car was done for the first time. He recalls his debut was at Chico in a 410 and hitting an infield tire in hot laps. That moment is credited with causing his father’s hair to start turning gray.

Now age 31, Kyle figures he had around 80-100 outlaw kart wins and approximately 100 sprint car wins. He only ran for a track title once as a rookie and thinks he finished 3rd in points, earning the rookie of the year award.

His first win came as a 17 year old at Santa Maria and since has won four NARC titles plus he has collected the championship for the first two years of the Sprint Car Challenge Tour. Hirst has the current point lead in the SCCT series with two race remaining.

With the new business being only 5+ months old, Hirst, wife Amy, and daughter Emma had their lives turned upside down when the disastrous Camp Fire destroyed most of their hometown of Paradise. November 8, 2018 at approximately 6:30 am the Camp Fire started and became the deadliest in California history with at least 51 fatalities from Paradise and destroyed the majority of structures in the city.

The Hirst family was out of their home for 9 months, just returning to Paradise in August. They stayed in the shop at first, then with a brother in Placerville, before being able to rent a place in Chico, conveniently owned by a co-worker of Amy.

A house on one side of the Hirst home as well as his were not burned, but all others in the neighborhood were destroyed. He did lose his shop just ten feet from their home but suffered no damage to their house, a vivid example of how wildfires defy any explanation of their behavior.

Hirst noted that, “If we can get through this we can do anything.” When they were able to return to their home with a 6-month-old son, Klayton, it meant they rushed out of Paradise a family of three and returned as a family of four.

Hirst thanks everyone who supported them during the 9 months away from their home, including the racing community and overseas support from New Zealand when he raced there in the winter.

Steven Tiner has a similar background as Hirst, lifelong involvement in racing and learning the skills along the way to fabricate and fix race car parts. Tiner is a 4th generation driver, coming from an extended family of racing relatives and is married to Paige.

His great-grandfather was Johnny Tiner, his grandfather was Johnny Tiner Jr., and his father Rich Tiner, a two time Marysville champion, formed the first 3 generations of drivers. Steven first raced an outlaw kart in the box stock but after an 8 race career that ended due to financial issues. Instead, Tiner learned how to build and work on race cars until age 16 when he strapped into his Uncle Rod’s sprint car.

His uncle Randy won many races around Northern California while Rod became well known as a car owner, collecting multiple Trophy Cup championships, as well as being someone who could work his magic on a sprint car.

After a few years racing Rod’s car. Steven moved east, first to Missouri and then Benton, Arkansas. This was when Hooker Hood’s daughter put him in touch with the late Shorty Chambliss, a car owner who provided Ricky Stenhouse Jr. with his first ride. Tim Crawley hired Tiner to work on his cars, which was done during the week and Tiner raced a Chambliss car on the weekend.

Tiner also worked for Danny Lasoski during this period of Midwestern living before returning to California in 2008 to work at BR Motorsports. When on the road with Lasoski he got into buying and selling used parts, cleaning and fixing as needed to provide a quality used product. His time at BR Motorsports led to meeting Bob Wyman, someone who Tiner credits with being very supportive and a big influence in his life.

Tiner also worked for Wright Process, which does stainless welding in the food industry and prepared the sprint cars owned by the company. His racing career was not as busy as Hirst but he figures he has 30+ wins with one title at Placerville and two at Hanford, one coming in a shortened season at Kings Speedway.

Tiner’s years of learning the nuts and bolts of building and working on sprint cars led to the car he races occasionally now, one that he designed and built, including the sheet metal. He became friends with Kyle Hirst and that eventually led to the next phase in racing for both of them.

Three years of talking about opening a shop led to a June 1, 2018 opening of Tiner Hirst Enterprises in Chico, a 2100 sq. ft. location close to Silver Dollar Speedway. There they provide such things as used and new parts, rear end repair, plumbing engines, building bodies, frame repair, and new and repaired wings.

Tiner always raced on a tight budget and sees the benefit or turning used parts into usable items and repairing a wing at a fraction of the cost of a new one. Hirst races more than Tiner but both have a significantly reduced schedule as the business comes first.

Their driver development program provides a car for Coalinga driver, Ben Worth, which is a ride identical to the house car driven mostly by Hirst.

It has been a busy 15 months for Tiner Hirst Enterprises but the high level of work ethic shown by these two men have their efforts off to a good start.

3 Comments on “A Tale Of Two Drivers”